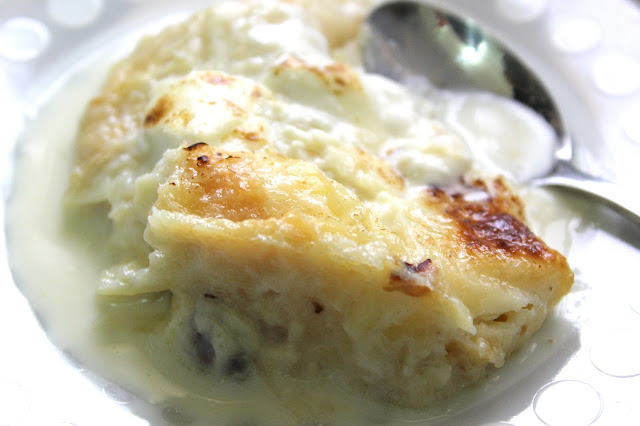 Umm Ali, was the first food/dessert that I first fell in love with, in this beautiful city of Abu dhabi. It was introduced to me by DH. He brought some back with him once from his office party. It was served at every parties they had in office. And this made me keep praying for more parties :). It was only later I could trace out places where these were available. And after a while I started making them, once my taste buds could identify each and every ingredient went into them.
The base of this dish is baked puff pastries but I have come across those made with fillo pastry or croissants. Croissants make it more like a bread pudding. I love it with puff pastry and the first ones I had was made with them.
This dessert is a Ramadan favourite here which can be seen on Iftar tables. 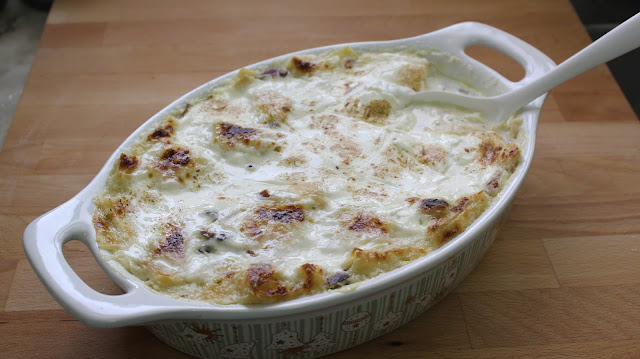 When I was asked if I can do a guest post by one of my fellow blogger at her place, whom I got acquainted through the Muslimah Bloggers Community, this was the one dish that came up on my mind. As this is a huge hit whenever I have made it and as it suits Ramadan well I thought this would be the best choice. And the host blogger added my joy when she tried it and told me how much she loved it.
Now all said I would like to introduce her. Hina Nafe was born and bought up in Pakistan and is currently a practicing Chartered Accountant at one of the Big Four Firms in New Zealand. Besides accounting and numbers, she enjoys writing. Her writings can be found at Hina's world.
Get social with her at
Facebook: https://www.facebook.com/hinasworld1/
Twitter: https://twitter.com/hinasworldtweet

Now lets get to the Recipe as posted at Hina's world... 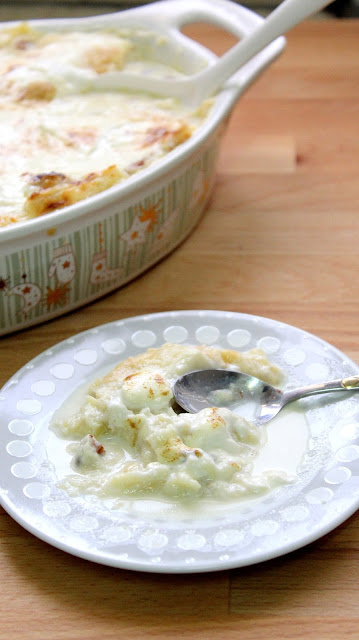 Umm Ali aka Omali is a Middle Eastern dessert thought to be originated from Egypt. It resembles bread pudding in its looks but has a completely different texture and flavor. This is commonly served at Iftar during Ramadan here in the UAE. It can be related to a comfort food rather than just a dessert. It is commonly served warm but can be had as a cold dessert too. 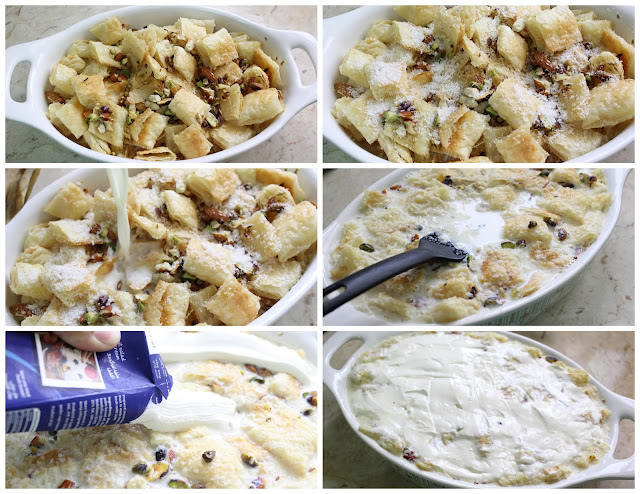 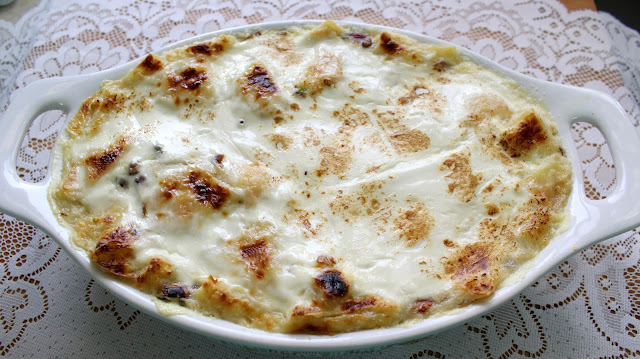 You can also toast the coconut with the nuts lightly to add some texture to the dish.
The Thick cream is just my addition to give it a crust and it can can be omitted, but I love the look and texture it adds to the dessert. 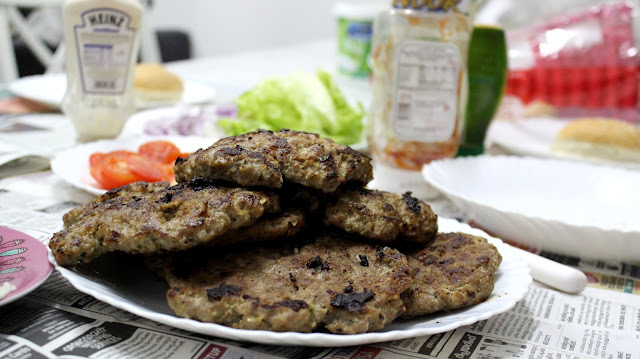 This is my first post this New Year and am getting back after a long vacation.This is a great recipe that everyone can try at home when craving for burgers.This recipe gives tasty and succulent patties. And I think that I won't be buying anymore of those frozen unhealthy ones anymore. Now I can make burgers at home so easily and give it to my  family knowing what all has went into it.                 Ingredients: Minced Beef-500g Bread crumbs-1 C Egg-1 Onion-1 small Garlic-3 cloves Dried/Fresh Parsley-1 tsp Ground Pepper-1 tsp Worcestershire sauce-2 tsp Salt- 2 - 2 1/2 tsp Directions: Flattening the patties and storing them. Place the minced meat in a bowl. Make a ground paste out of the onion, parsley and garlic cloves and tip it into the big bowl. To the bowl add all the other ingredients and mix well with a fork or your palm. Now make 8 equal sized balls out of this. Flatten each ball by pressing with a greased plate f 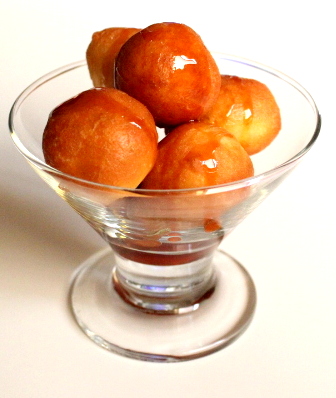 Luqaimat usually known as awwama here in most stores and bakeries, is a simple but great sweet/dessert option for an occasion. As some of you might be familiar with Global village - a shopping and entertainment fair associated with Dubai shopping festival.This one can be seen in every nook and corner of the global village premises where in tents Arabic ladies in their traditional attire will be making fresh batches and selling.Along with these they also sell crepes with cheese fillings. Luqaimat made live- fresh and hot...a view from a tent at Global village. We visit global village when its open a couple of times in a single season just to devour these (and of course other food stalls like those which sell hot dutch pancakes,waffles,Holland cookies etc also remain on our list). this is how they drop the batter into the hot oil to form perfect balls...  So when global village shuts and while we wait for the next season there is no way but to recreate it at home. 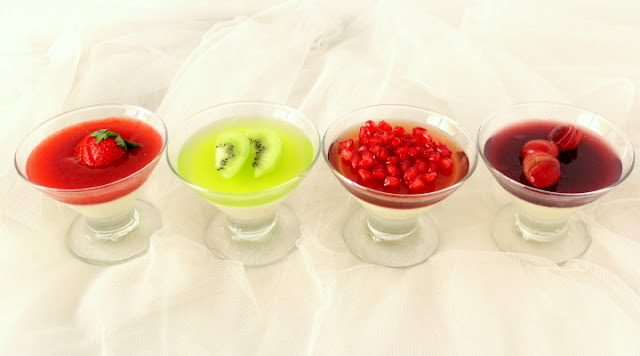 This is an Italian Classic dessert. Unlike the name, the cooking part is very simple and yet the dessert scrumptious. This recipe also has another specialty, this is one among the presentation that won me first prize in a garnishing contest conducted on facebook. This post is dedicated for all dear and near ones who supported me to win the contest. Ingredients: Heavy/Whipping Cream : 1 liter Vanilla bean: 1 pod Sugar : 3/4 C Gelatin :4 1/2 Tsp Cold Water: 6 Tbsp Assorted Fruit jelly topping: Fruit juice of choice : 1 C Sugar: 2 Tbsp Gelatin : 2 Tsp Cold water: 3 Tbsp Directions: Take the cold water in a bowl and sprinkle gelatin over the water. Let it sit for 5 minutes. Pour Cream and sugar into a saucepan. Split the vanilla pod, scrape off the seeds and add into the Cream along with the pods. Heat it over medium heat until the sugar is dissolved. Then cover the pan for about 15 minutes or more for the vanilla to infuse. Remove the vanilla pods now and